Besides a JUNO Award, a West Coast Music Award and several gold and platinum albums to his credit (with his earlier group Powder Blues and others), 2011 saw Gabriel win both ‘Album of the Year’ and ‘Instrumentalist of the Year’ awards at the Canadian Smoothies for ‘Told Ya So’. Gabriel  has steadily built up a solid body of work, with 15 albums under his own name, and eleven Billboard hits. 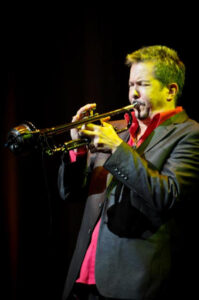 Gabriel Mark Hasselbach is brought to you by WAVE 98.3 FM, Vancouver's Coolest Vibe, hitting the airwaves in early summer. 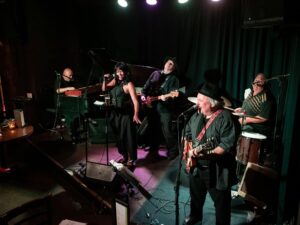 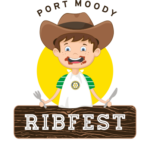 Laurie Morvan Band is a 5-piece high energy, rockin’ blues band based in Long Beach, CA that honed its distinctively tight sound through joyful, relentless, and ever-expanding touring throughout the USA, Canada, Mexico and Europe, amassing over 80 festival performances along the way. Picture this. A tall, blue-eyed blonde steps up to the microphone, a guitar in her hands and confidence in her soul. She launches into a set of hot, modern blues, spiced with burning guitar solos, soulful harmonies and compelling songwriting. Her in-between song banter is affable and relatable. She sees you, she gets you, and she wants to bring a healing joy to your heart through her music. 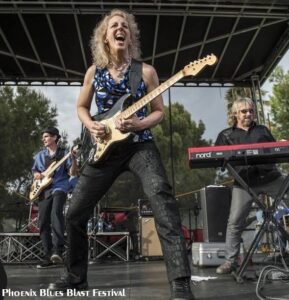 With deep roots in the blues and soul combined with a rock driven edge, these well tested road warriors continue to pump out the tunes since debuting over 16 years ago at the 2006 Vancouver Jazz Festival. Ain’t no party like a Big City Party! Music is the soul of the city, and Big City Soul brings it every time! This 9-piece band with hot vocals and super-tight musicians brings their high-energy show to venues all over Metro Vancouver.

For over four decades Powder Blues has been Canada’s leading blues band.

Leader Tom Lavin has won BCMIA awards for ‘Guitarist, Singer, Songwriter and Producer of the Year’, a Juno award for ‘Best New Band’ and the American W.C. Handy award.

2022 is the band’s 44th Anniversary. Their more than dozen CD titles and DVD continue to sell world-wide making Tom Lavin & the Legendary Powder Blues one of Canada’s longest-standing musical ambassadors. 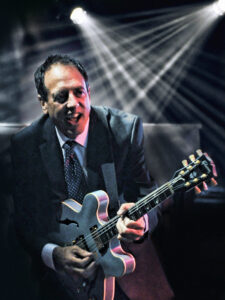 West Coast Chicago will appeal to all ages, and especially to those who were listening to the radio and buying Chicago albums during their peak years in the ’70s and ’80s. Indeed, West Coast Chicago truly is “A Celebration Of The Music Of Chicago” CELEBRATE THE MUSIC OF THE LEGENDARY CANADIAN ROCK GROUP, THE GUESS WHO!
featuring Colin Wiebe, lead singer with Randy Bachman for 17 years.
Experience the hit songs, the sounds, and the stories behind the music that made The Guess Who superstars in Canada!.

KALIMBA - THE SPIRIT OF EARTH WIND AND FIRE

Kalimba – The Spirit of Earth Wind and Fire transports audiences back to the excitement of the first time they heard these unforgettable songs. This 10-piece band includes a full horn and rhythm section to accurately reproduce the infectious grooves.  Kalimba  faithfully honors  EWF  founder Maurice White’s work by featuring lush treatments of the soaring vocal harmonies and signature high notes of White’s sidekick, Philip Bailey. 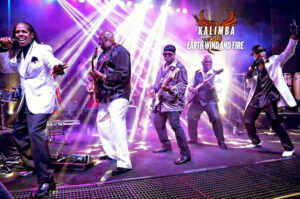 It’s a big finish to our 2022 season with none other than The Rhythm & Blues Allstars, a Summer Sundays favourite. Now in their 5th decade on the Vancouver music scene, this 10 piece powerhouse is as tight and funky as ever! 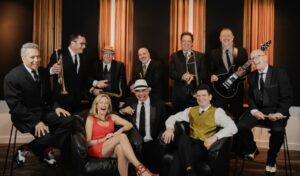